Our Choice of The Most Creative Christmas Campaigns 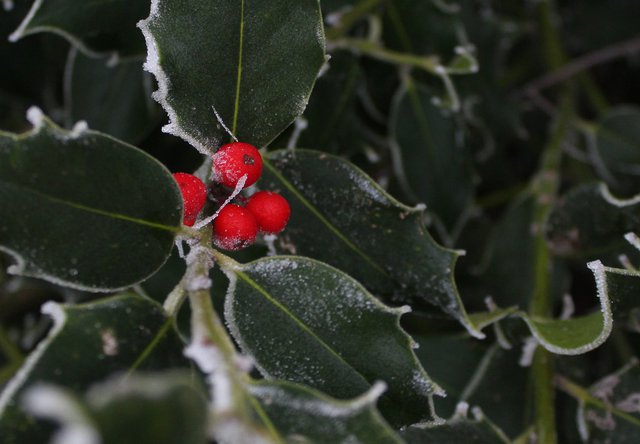 We asked the elves in the workshop what they thought of new and old Christmas adverts! We were going to rank them based on their success but thought that everyone and their dog has talked about how successful certain campaigns have been. So we made sure to ask the elves to think of the most unique, funny or creative Christmas campaigns they could think of, in no particular order!

First appearing in 2016, Aldi’s festive mascot Kevin has been the face of their Christmas campaigns. The retailer was struggling to maintain momentum over the festive period despite year-on-year growth and increasing market share. Shoppers returned to more premium supermarkets for their Christmas shopping.

Since his arrival, the curious character has won many fans who look forward to seeing what he'll do each year. As time has passed, we've met new characters, including his family and friends.

The brand mascot of Aldi is a prime example of how maintaining an emotional connection with audiences can be used in a variety of mediums, from videos and gifs to posters and point-of-sale displays, allowing for more complex storytelling and opportunities for viewers to engage with the brand.

Who let Buddy out again?! Anyway... Buddy is back in the human world and has landed a job in Asda!

It's still a bit too early to have any data on how this campaign performed but from what we can see across the internet, it's both loved and hated.

The 90-second ad uses footage and lines from the movie Elf and it starts with a scene where Buddy is hit by a train of Asda shopping carts, instead of a New York City taxi causing him to scream “sorry” as it crashes into him.

This is the start of his tumultuous trial shift, with him decking out the entire shop floor in fairy lights and festive decorations before being offered the job. The advert then ends with a flashing sign which read ‘Have your Elf a Merry Christmas’. A nice way to finish it!

We had a tie between John Lewis adverts with Man on the Moon being quite a creative advert, and Buster the Boxer being more of a fun advert.

One thing we have noticed about John Lewis Christmas adverts is that you can remove the Christmas theme from them and they would still hold their powerful messaging and emotion.

Man on the moon was a massive hit online, maybe because they launched it at 9:30am on a Friday morning, but the advert he advert hit a very respectable 10 million views plus on YouTube and then went on to win a bronze reward in the 2016 Clio Awards.

In 2016, the John Lewis' Christmas campaign was all about a family dog named Buster, and his love for a trampoline gift that was meant for the young daughter.

This advert was classic John Lewis in that it not only tickled our funny bones but was heartwarming and thought-provoking as well which are the key ingredients for a successful Christmas campaign.

Which one would you have picked from John Lewis?

Judith Kerr’s Mog, the lovable cat with a penchant for calamity, is to make the jump from page to screen as the star of Sainsbury’s Christmas TV ad campaign, 13 years after she was killed off.

Sainsbury’s has partnered with the best-selling children’s author Judith Kerr, who has published 15 titles starting with Mog the Forgetful Cat in 1970, to create an animated version of the cat at its disaster-prone best.

Sainsbury's report in January revealed that more than £1.5 million had been raised from charitable contributions from the exclusive Mog's Christmas Calamity and a soft toy "on behalf of" Sainsbury's, author Judith Kerr and publisher HarperCollins Children's Books. The exclusive Mog's Christmas Calamity book topped the UK bestselling book charts for four consecutive weeks.

The money raised went to support Save the Children’s work to improve child literacy in the UK.

In this comedic "remake" of the classic film, Macaulay Culkin reprised his role as Kevin McCallister, while showing Google Assistant products.

With a modern-day twist, Kevin is back to his old tricks, but this time with the help of Google Home to place an aftershave order, monitor his calendar and even carry out operation Kevin to keep those pesky burglars at bay. However, the person trying to get into the house is not who you remember!

According to AdAge's AcuityAds report, the Home Alone Again campaign was the most watched holiday ad of 2018, racking up 70.7 million views in 2018 alone, further connecting the brand with those most likely to buy a smart device for their home and with Google services.

Have you seen Google's Santa Tracker, we don't know how they got this information, but the elves think Santa must have set up some sort of partnership with Google for them to be able to see what he's up to!

We were pleasantly surprised by how funny this campaign is! Ikea, the leading retailer in DIY furnishing, décor and home improvement, doesn't usually do aggressive digital marketing campaigns around Christmas.

Ikea's Christmas products and ads generate a lot of buzz every year. In 2019, they launched their first Christmas ad on YouTube, which was a different take from the usual Christmas ads. The campaign showed Christmas reality and did a great job of showcasing Ikea's products.

KitKat took its tagline quite literally in 2015 – Have a Break, Have a KitKat. This campaign is bold with just a simple voice-over. It was a welcome change in the deluge of marketing that you can be shown over Christmas, and is welcome in the break room when the elves have their lunch!

Their 2015 Christmas campaign though weaves in their brand message more emphatically. We know that there is the Coca-Cola's and the M&S's of the world but this one is just nice to pause and appreciate what you have.

We were surprised by how silly this Christmas advert from Scotland was. It's a genius send-up of Raymond Briggs's magical animation, The Snowman.

In this version, the snowman is outraged when the little boy won't share his Irn Bru with him, but we won't spoil the rest for you!

The ad sees the pair fly over many of Scotland's greatest landmarks, including the Falkirk Wheel, the Forth Bridge, the Loch Ness monster and Glasgow’s Royal Concert Hall.

Irn Bru even recently did a sequel, hopefully hinting at a third instalment!

Another bizarre campaign was chosen from the elves, but we asked for it!

Aldi Australia's The Miracle Ham is a favourite among many for its hip-hop tune. We love seeing a different perspective on Christmas from the southern hemisphere, and the slightly bonkers idea of a magic never-ending ham brings people together. There is no snow, no reindeer, or Santas, but there is a fun message about community.

That's what the holiday season is about, spending time with your family and friends to nurture relationships.

Last but not least, Celebrations made a whole ad dedicated to the much-loathed chocolate, Love Actually references and all. It’s not all cynical though, as our Bounty protagonist ends up finding love from the strangest of vegetables. You'll have to watch it to find out!

To top it all off, a year later (November 2022), Mars Wrigley has announced it has removed Bounty bars from tubs of Celebrations in a trial. The decision was made following a survey which consulted 2,000 people between the ages of 16 and 65 about whether the coconut-flavoured chocolate should be removed from the infamous chocolate tubs. In the workshop, we're split down the middle and can't decide if it was a good decision or not. It's a marmite situation!

Celebrations have made another advert to with the devastating news to some!

Final Thoughts from the Elves:

Even though there are some great sentimental campaigns over the holidays, nothing beats a bit of creativity, and if you're looking to add some creativity to your Christmas marketing campaign, we can advise and guide you to an amazing, fun and interactive Advent Calendar, full of Christmas spirit!

Impress and keep your audience on their toes with Advent Calendar Online. Contact us today!